We want to hear from you. Please send a blurb about something you’ve read and want to share with CML.  Postings will be published seasonally. . Send your recommendations to

This season’s blog has 14 entries from enthusiastic readers.  Try some of these selections.  Recommend to your friends, neighbors, and fellow readers. We all have so much to share.

Have you ever wondered how woodpeckers hammer away with no apparent ills? It has to do with their tongues. And Da Vinci was the person to figure it out. This totally engrossing volume explores a genius of creativity through science and art. The library has this in audiobook form and was a delight to listen to.

The 1619 Project: A New Origin Story by Nikole Hannah-Jones (History/US)

You’ve all heard of the 1619 Project. It is a major effort on the part of historians and literary figures to honestly assess the facts about slavery and its long-term effects on the United States, its people, its governance, and its culture. The Project has spawned a major book (more than 500 pages). Along with Blogs, articles, YouTube, critical comments, and much else.

Before you read on, look at this:

The title comes from the fact that enslaved persons first arrived on this country’s shores before the Pilgrims did. The authors ask the question, wasn’t this event just as important to the future shape of America as the Pilgrims? The answer turns out to be – yes it was.

The book offers insights into how the Constitution bolted down slavery and slaveholding into the fabric of American society, economy and politics. Also, how Reconstruction was almost immediately reversed after the 1870s. How rigid control over major policies was exercised by the southern block of former slave states for a century.

On this subject, history in my high school was not just boring – it was riddled with cliches and half-truths, so much so as to amount to giant lies. Did anybody ever tell us how many 19th century Presidents owned enslaved persons? It is unfortunate that the book emerged along with a major and divisive firestorm about “Critical Race Theory”. This book is not about any theories – it’s a long-needed assessment of how slavery affected our country, and all of us.

For an excellent condensation:

If you’d like to explore some of the more specialized literature on this subject, I’ll send you a short review essay on a number of books I have read.

This is a beautiful, lyrical story set in a monastery on a Vermont mountaintop. The lives of the Abbot, a young, wounded veteran groundskeeper, and an asylee from Somalia are interwoven as they overcome inner and outer demons. Reading this novel was like a meditation; appreciating nature’s beauty, the depths of culture and religion in shaping how we live our lives, and, in the end, the power of love. Heartly recommended.

I loved “North,” by Brad Kessler. I loved the writing and the well-paced plot. It brings together the current and back stories of three people, whose lives converge at a monastery in Northern Vermont. It is about human connection, compassion, and choosing to do the right thing when it is not so easy to do so. Plus, it has a small side-plot about apples and apple orchards, focusing on Northern Spy apples—the apple my mom preferred to use when making apple pie. It grabbed me from the beginning. A well-written, heavily researched, and heartfelt novel. Very good story-telling. Highly recommended.

In California Aunt Sadie dies and leaves her flower farm to beloved niece Phoebe, but her liquid assets to Phoebe’s brother, James. The legacy seems inappropriate as Phoebe has spent 40 years in a wheelchair. Phoebe loves the flower farm and in spite of her brother’s advice to sell, she decides to stay. Desperate to make a go of the farm, Phoebe takes out an ad offering rooms and meals to three women in exchange for their help.

Each woman arrives with her own life time choices and “baggage” plus each with her own special pet: Ness has a horse, Nance a dog, and Beryl a parrot. From here the friendship and story builds for these middle-aged women. Although this was an older book, I had never read anything by this author and was delighted to learn that BAD GIRL CREEK was the first of a trilogy about these women. It seemed strange to me that for someone who loves to read as much as I do, that I had never read anything by this author previously. And, it came from the Wayne Library summer book sale! AND it comes in large print for those who need that.

The setting for this mystery is in a luxury apartment house in the heart of Paris. Jess impulsively decides to stay with her brother (one of the inhabitants of the apartment) after being fired from her job at a British dive bar. However, Ben is nowhere to be found. His last voicemail to her left directions to his apartment and informed her that he would be waiting up for her arrival.

Jess, sensing the worst, doggedly chases clues as to her brother’s whereabouts.The author slowly reveals how each of the apartment house’s inhabitants have dark secrets, none of which portend well for Ben. Jess eventually finds herself in danger, and the ending is a twisted surprise. Couldn’t put this book down – each chapter lures the reader in. Good read, and I hope to read more from Lucy Foley.

Do No Harm by Robert Pobi (Thriller)

An astrophysicist numbers geek advises the FBI crime solving in a complex thriller involving a plot to murder doctors.

The Many Daughters of Afong Moy by Jamie Ford (Contemporary Fiction)

The Many Daughters of Afong Moy by Jamie Ford, the author of the award-winning novel Hotel on the Corner of Bitter and Sweet, is worth putting on your reading list. Ford’s latest novel takes the reader through multiple generations of women in a mystical, almost romantic way that takes a look at inherited trauma and healing.

The Violin Conspiracy by Brendan Slocumb is a mystery about a stolen violin and the young black musician who became a concert violin without much help from his family. The book has many stereotypes but the author was a concert violinist and may have encountered many of these situations in his life. It is a good read.

This historical fiction account of Marjorie Post’s life is very well researched and quite fascinating to read. I learned so much about her, the company her father started, the amazing life she led, and many cultural details of her era. Looking at myriad pictures on the Internet provided more context, and reading more details of her life and residences, including how and why she built Mar-a-Lago was so interesting. Strongly recommended.

I recently bought and read THE CURIOUS INCIDENT OF THE DOG IN THE NIGHT-TIME, by Mark Haddon. It is a novel about an autistic boy, written from his mind and understanding. It was very enlightening, and very emotional. One of the reviews on the book jacket, written by Myla Goldberg says “…imagination, empathy and vision, plus it is a lot of fun to read.” It is a short book with a lot to say!

This book follows the Folan family – recent Irish immigrants to Portland, Maine – over the course of one day at the turn of the 20th century. It is historical fiction, though accurately reflects the political events, geography, culture and dialogue of the times. This book will appeal to anyone who loves history, Maine, politics and/or the Irish! Michael Connelly has written much about Portland, and his love of language and storytelling shines through.

Stabbings, shootouts and murder lead up to this wedding mystery. Mercy and her war dog solve crimes and save lives. A fine series!

Two lifelong friends have spent summers at a family enclave known as Fellowship Point, on Maine’s majestic coast. One of them decides that the stunning property must be deeded to and preserved by a land trust rather than left for the next generation to sell to developers. Dark’s well told story follows this drama to its satisfying conclusion, and other sub-plots combine into a wonderful tapestry of characters, conundrums and mysteries. The best book I’ve read in some time. A gem of a book. 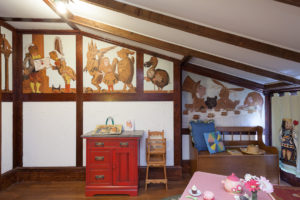